DUBLIN, June 18 (Compass Direct News) – Buddhist extremists have invited residents of Middeniya, a town in Hambanthota district, southern Sri Lanka, to attend a huge anti-Christian rally this Sunday (June 22), where they have promised to “expose the great [Christian] conspiracy.”

Over the past week extremists have erected anti-Christian banners and posters and held four meetings inviting people to Sunday’s rally. A similar meeting in a public school yesterday resulted in students beating a Christian classmate, the National Christian Evangelical Alliance of Sri Lanka (NCEASL) reported today.

Christians attending the Assemblies of God (AOG) church in Middeniya fear the rally may lead to violence and discrimination against the town’s small Christian minority. At previous rallies, extremists ordered shopkeepers not to sell food to Christians and encouraged taxi drivers not to accept them as passengers.

As a result of such discrimination, the AOG church pastor, his wife and three children are virtual prisoners in their own home, according to NCEASL.

The Buddhist extremists have hung large banners and posters throughout the town – even in public buses – proclaiming, “Buddhists are in danger! Let’s save Middeniya from fundamentalists!”

An anti-Christian meeting was held yesterday in the Middeniya Maha Vidyalaya, a public school where the vast majority of students are Buddhists. At the meeting, the principal encouraged students to attend the rally on Sunday and warned them not to attend Christian gatherings.

After the principal’s speeches, the students turned on a Christian classmate, pulling her hair and beating her. The child was traumatized and is now afraid to return to school.

Anti-Christian sentiments appear to be spreading in the district, with banners and posters being erected in neighboring Weraketiya yesterday.

The local Buddhist temple last Thursday (June 12) launched a petition against the existence of a church in Middeniya, collecting signatures from area residents. Local sources say the monks intend to give the petition to President Mahinda Rajapaksa.

Christians in Hambanthota district have asked for prayer to defuse the situation, to protect their right to worship and protect their families.

Buddhist extremists were responsible for scores of attacks against Christians over the past six years, following an anti-Christian campaign launched in 2002 by Gangodavila Soma, a much-revered Buddhist monk.

After Soma’s death in December 2003, extremists stepped up their campaign for anti-conversion laws, calling on the government to ban what they called “unethical conversions” to Christianity.

They eventually formed their own political party, the Jathika Hela Urumaya (National Heritage Party) to push forward an anti-conversion bill – modeled after similar laws in India – that would make it illegal to convert someone to another religion “by force or by allurement or by any fraudulent means.”

Ratnasiri Wickremanayake, Sri Lanka’s minister of Buddhist Affairs, put forward a similar bill that was approved in principle by the cabinet in 2004.

Both bills, however, have been put on hold due to intensifying conflict with the separatist Liberation Tigers of Tamil Eelam, fighting for an independent homeland in the country’s northeast. 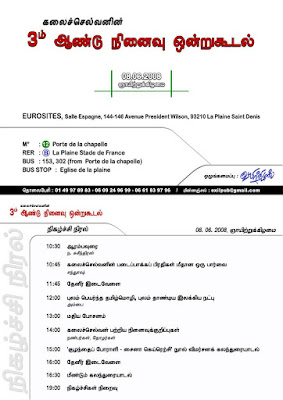