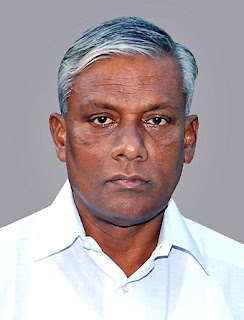 CHENNAI: P.Mohan, former member of Indian parliament from Madurai constituency and a senior leader of the Communist Party of India (Marxist) passed away on Friday at 7.00 p.m. in Chennai Apollo Hospital. Due to intestinal bleeding he was admitted to hospital a week ago. He was 60 years old and lost the last election in April 2009.
sent by சுசீந்திரன் unter 31.10.09 கருத்துகள் இல்லை:

It is a Police officer who had openly killed an insane individual by attacking with clubs and drowning him!!!

(Lanka-e-News, Oct.30, 2009, 7.15PM) Police spokesman SSP Nimal Mediwake told Lanka e news today (30) that action is being taken to arrest the Police officer who was involved in the killing and drowning of an insane individual at Bambalapitiya beach on the 27th. The deceased had drowned following an attack with poles by two individuals. A police officer attached to the Bambalapitiya station has also been involved in the murder. The body of the deceased was found yesterday evening

The deceased is a 26year old youth, B. Sivakumar from Ratmalana. As he was insane he had been treated at the Angoda mental hospital on two occasions, police investigations reveal.

When attempts were made to seize this individual who was pelting stones at the trains and vehicles passing by, he had jumped into the sea. Two individuals armed with poles had moved into the sea and attacked him. The Rupavahini and TNL which telecast the incident yesterday, stated the deceased had begged and worshipped the attackers pleaded with them not to attack him.

These attackers had launched the assault in front of large crowd of viewers. It is not certain whether the deceased drowned due to the pole attack, or before is not certain.

Police spokesperson stated, that as one of the suspects is a Bambalapitiya Police officer, the investigations have been transferred from Bambalapitiya to the Colombo Crime division under CCD Director, Ravindra Kahawita.

What are the future perspectives for the Tamils?

The following talk was delivered by Nadarajah-Suseenthiran Straube at the conference, ‘Sri Lanka After The Victory: What Is The State Of Freedom, Democracy, Peace And Minority Rights?’ organised by the Protestant Academy, Bad Boll, in cooperation with the Association for Conflict Prevention, Democracy and Minority Rights (Gesellschaft für Konfliktprävention, Demokratie und Minderheitenrechte), the International Network of Sri Lankan Diaspora, and the Sri Lanka Association, Stuttgart, held from October 2-4, in Bad Boll, Germany.

The Tamils of Sri Lanka, robbed of all hope for the future, find themselves lost and staring into something much worse and threatening than emptiness. A chain of events has shown them that, throughout post-independence history, they have been disappointed, failed, betrayed. Unfortunately, the reaction to the present state of affairs has been emotional (rather than rational), and bereft of a long-term strategy. Through the establishment of a unitary state in 1948, the subsequent formulation of a succession of discriminatory constitutions (1972, 1978), with the help of majoritarianism, mob violence, and the force of the police and army, Sinhalese-Buddhist hegemony has been established in the island.

Tamil reaction to subordination and exclusion took several forms. The first was to cooperate with the government and, in that way, try to influence its policy and actions, and bring about some degree of development in the north and east. When that brought no results, Tamils tried non-violent resistance within the parliamentary system. That too having failed, Tamil youth, in despair and desperation, chose the path of armed resistance. The resulting fear, suffering and sense of hopelessness made thousands of Tamils to flee the land of their birth. Now, with the final defeat of the armed struggle, around 250, 000 civilians have been placed in concentration camps.

These people in the camps are simple folk who, in economic and educational terms, lived in undeveloped districts, namely, Kilinochchi, Mullaitivu, Mannar and Vavuniya, making a minimum living through hard work. These people did not demand a separate state. These people are not responsible for starting the armed struggle. The Tigers came into their region and set up their stronghold, first in Kilinochchi, then in Mallavi, and finally in Puthukudiyiruppu (all within the Wanni region).

The lives of the people were disrupted, and they were subjected to the fiat of the LTTE. They were exploited and forced to pay “tax” in various forms. A pass system was introduced in 1990 to control their exit. The restrictions imposed by the government on trade resulted in a dire lack of food and proper medical attention, felt by these people on a daily basis. They remained in the region not out of choice, not out of political loyalty, but because they were, in effect, imprisoned. On the one hand, they experienced and endured aerial bombardment; on the other hand, they helplessly saw their sons and daughters recruited into the ranks of the LTTE, and being used as cannon fodder. It is a cruel irony that it is these people - innocent, blameless and long-suffering - who are now being held prisoner by a state that (cynical and grotesque as it may be) claims to have come as liberators. The victims are being further victimised.

They whose misery has now deepened, had hoped and believed that, with the end of the war, their suffering would end; that they would have free movement again: after all, there must be LTTE supporters in Jaffna, and yet there is freedom of movement there. Free movement is a more immediate and greater priority for them than so-called “development”. Their hopes have been bitterly betrayed, and those Tamils who clung on to some degree of belief in the government’s good faith are now disillusioned and have to face stark realities. Let me quote from the UTHR(J) report:

“The end of war, rather than marking a return to normality or better yet an opportunity to improve inter-ethnic relations and justice in Sri Lanka appears to have been only another political milestone for chauvinist and authoritarian elements in power. They treated the war as an excuse to return to an ideological agenda that sought the debilitation of minorities; presenting them as permanent enemies, purposefully uprooting them from lands that had been their home for centuries and tolerating their existence only under the jackboot of the State.” UTHR(J): University Teachers for Human Rights (Jaffna) SRI LANKA, Special Report No:33.

To express it bluntly (albeit also sadly), the present government is lying, busily finding excuses and fabricating falsehood. For example, the state lies when it says that it continues to detain these people because of the presence of landmines. There are no landmines, for this area was never no-man’s-land but was inhabited and cultivated by the people now imprisoned. As the army advanced, the Tigers herded them to other areas. Even if there had been landmines, they would have been cleared by the army in order to facilitate its own progress. Again, the government claims there are about ten thousand Tigers among those detained. However, it is well known that the Tigers have melted away, several having bought their freedom. In a repetitive feature of history, those left behind are the innocent and the poor.

As already stated, what is paramount to these unfortunates is not “development” but freedom of movement. The government, on one pretext or another, is unwilling to release them because they are living testimony to the war crimes committed by the state. This is the reason for the continued imprisonment of so many thousands of children, women and men in primitive conditions. The rainy season has begun, bringing with it greater discomfort, disease and, inevitably, death – particularly to children. It is not surprising that journalists and foreign agencies are excluded from visiting these sites of extreme misery, sorrow and humiliation.

I now move to the plight of Tamils elsewhere on the island. Though the so-called war on terror is over, the Prevention of Terrorism Act (PTA) is still in force, and used to harass and humiliate Tamils; to intimidate not only Tamils but also the rest of the population. The journalist Tissainayagam was charged under the PTA, so that the draconian sentence of 20 years hard labour could be handed down. Though the LTTE has been defeated, their entire leadership wiped out, the fear of the Tigers is deliberately kept alive in Sinhalese minds so that they condone the unjust and cruel acts of the government. The island is artificially, needlessly, kept in a permanent “state of emergency.”

Within the Tamil diaspora there are about 100,000 in India, most of them further scattered in 117 refugee-camps in Tamil Nadu state. Until recently, very little was said about the miserable conditions in these camps. Elsewhere, in Western countries, there are about 400,000 Tamils. Those of the Tiger movement have advanced the idea of a trans-national Tamil Eelam but this seems to me to be unrealistic.

Perhaps, it is an effort to keep alive the sense of oneness and commitment that existed right up to 18 May 2009. While I discount this idea, I find it also ironic. It is based on the Vaddukoddai resolution (1976), but several of those responsible for formulating this resolution, including the leader, A. Amirthalingam, were murdered by the LTTE! The mandate (1977) of the people was given to the TULF, and not to the LTTE. Further, I would ask for whom are we going to attain a political solution? Is it for minorities in Sri Lanka or for Tamil minorities in the Western countries?

Previously, the diaspora was able to call out thousands in public demonstration and protest, but such a galvanised togetherness is now hard to create, sustain and use. That the diaspora has not succeeded in gaining the freedom of those trapped and imprisoned in the Wanni shows its debilitated, disoriented and scattered condition.

While the war was raging, some members of the diaspora loudly proclaimed and protested the genocide that was taking place, but they did not demand with equal vehemence that the imprisoned population be set free. Perhaps, their thinking was that the presence of civilians would inhibit the Sinhalese state from waging “total war.” (If so, they miscalculated the nature of the government which, racist and cruel, was willing, even eager, to murder and maim thousands and thousands of innocent, helpless, Tamils in order to get at Tigers.) Whatever the reasoning and motivation, by keeping silent then, the diaspora has lost heavily in ethical, humane, terms.

Initially, the government took the promising step of setting up an all-party, representative conference, charged with the task of suggesting a blueprint for the equitable and harmonious development of the island.

However, there has been no progress, and the realisation grows that it is yet another plan of the government to deceive the people, particularly the minorities, and indefinitely delay addressing fundamental issues. The present government has lost the opportunity to prove its willingness to share power, at least with the full implementation of the 13th Amendment. Observing the present situation, I must frankly confess that I cannot see any glimpse of better prospects for minorities in Sri Lanka.

Unless the present constitution is changed, there will be no real peace, but the government neither has the will nor, indeed, the wish to make changes. Even if it did, the government cannot because its power-base is the chauvinist element among the Sinhalese. The only hope is that like-minded minorities and Sinhalese will work together to change the mind-set of the Sinhalese; allay irrational fears, remove suspicion and hatred, show that the Tamils ever since independence have been unjustly treated, and that, for the sake of the entire island and all its people, a different course must be set. We must learn from the past, objectively examine the present, and so fashion a more just and harmonious future.
sent by சுசீந்திரன் unter 12.10.09 கருத்துகள் இல்லை: